In this article, I'll describe a tiny video search engine and indexer that will let you search through a video with descriptive "natural language" queries and find matching frames of video. All the code is included in a Google Colab Notebook. So even if you don't have your own cuda-capable GPU, you can easily run the code yourself without setting up anything on your own computer.

OpenAI's CLIP model was one of the biggest advancements in computer vision last year. CLIP integrates both vision and language into a single multimodal model. This model was trained on 400 Million image/text pairs obtained by crawing the Internet. An image along with it's english language text caption is an example of an image/text pair. This approach allowed the CLIP team to leverage the Internet as a large source of "prelabeled data" without needing to manually label any of the images themselves. Another advantage to this approach is that english language captions typically encode much more about what is happening in the image than a simple class label like "dog" or "cat". This additional context allows the model to develop clusters of latent features within the model for abstract concepts across both images and text. This gives CLIP the ability to generalize to classes of objects that it hasn't been directly trained on.

Please refer to the article referenced above or to the CLIP paper, if you'd like to delve deeper into CLIP itself.

The remainder of this article will focus on using CLIP to build a tiny video search engine and indexer. The resulting search engine will allow us to search through a video using descriptive natural language queries, such as "a woman wearing pink pants" or "a laundromat sign". The expressive power of CLIP enables this to work surprisingly well.

Here is the notebook with all of the code for this article.

I've provided a sample video to use with this project, but it's also pretty easy for you to load up your own video for your own experimentation. This is a random video from the Internet that CLIP has never been exposed to before.

We'll be using the python OpenCV module to process our video. OpenCV makes it pretty easy to load and decode video frames. But one small annoyance with OpenCV is that it tends to work with pixel data in the BGR pixel format. The CLIP model has been trained on images in the RGB pixel format and is the more common convention. So we'll need to convert any pixel data that we obtain from OpenCV to RGB. OpenCV does have a function for converting between the pixel formats called cvtColor. We'll use this function to do our channel swizzling for us. In order to make the job of handling video frames a little easier and to keep the code cleaner, we wrap the OpenCV bits with the following utility functions.

The function, video_frames is a generator that opens the specified video file and yields the pixel data and the timestamp for a single frame each time it's invoked. It also converts the pixel data from the BGR pixel format to the more convenient RGB pixel format.

The other function, video_frame, returns the pixel data for a single frame also converted to RGB given a path to the video file and a timestamp into the video.

The next code block shows the entire code for the video search engine and indexer.

Let's do a quick run through of the indexer. Basically we iterate over every frame of the video, but we only index a single frame per second. This helps control the size of the index and works well in practice since there is a lot of temporal redundancy in the frames over time. But this is something that you can easily tune. The video that we're working with here has a frame size of 1280x720 (720p). But since CLIP is not trained on images of this size, we use patchify to chop up each frame into a number of overlapping square patches. We then reshape the array of patches to make it easier to feed into the CLIP model. The patch size is also something else that you could tune. But using patches here allows for CLIP to better attend to different parts of the video frame and yields better results. The CLIP model also has an image preprocessing procedure that massages the image data to work with the CLIP model. Such preprocessing typically "centers" and normalizes the pixel data, for more details on the preprocessing used here please refer to the CLIP paper. We then use CLIP to generate features for each of the patches. CLIP encodes features into a 640D (640 dimensional) tensor. CLIP uses this array of 640 floating point numbers to describe (encode) both images and image captions. We then normalize the image feature vector by dividing each element of a given vector by the vector's total length. This normalizes all of the image feature vectors so that they're all of length 1. We then simply concatenate all of those feature vectors into a single tensor(one feature per patch) to represent the entire video. This tensor(index_features) along with an array of metadata about each patch(index_metadata) is effectively our video index.

To search, we encode our query string into a feature vector using the encode_text method of the CLIP model. This emitted feature vector will also be a 640D vector. Again, we normalize the feature vector so that the vector is of length 1. We then calculate the similartity of this query vector with all of the image vectors that we generated when we built the index.

This line of code calculates the similary between the single text feature vector (query_features) and all of the image patch features in one operation using the python's built-in dot product operator, '@'. The similarity is scaled up by 100 for usability reasons.

We use the torch.topk operation to pick out the top k scores (default 60) which also has the side effect of sorting the returned results. The number 60 is of no real significance. That number was chosen just to given enough samples to make sure we can return the requested number of results while throwing out search results that are clustered too closely together in time.

The results of a call to the search method with the query, 'a red car' is shown here.

And that's it. A tiny piece of code that can index a video and let us perform natural language queries on it. Pretty amazing.

I won't replicate all of the code here. Please refer to the colab notebook. But here are a couple of search examples.

Query: a woman in pink pants 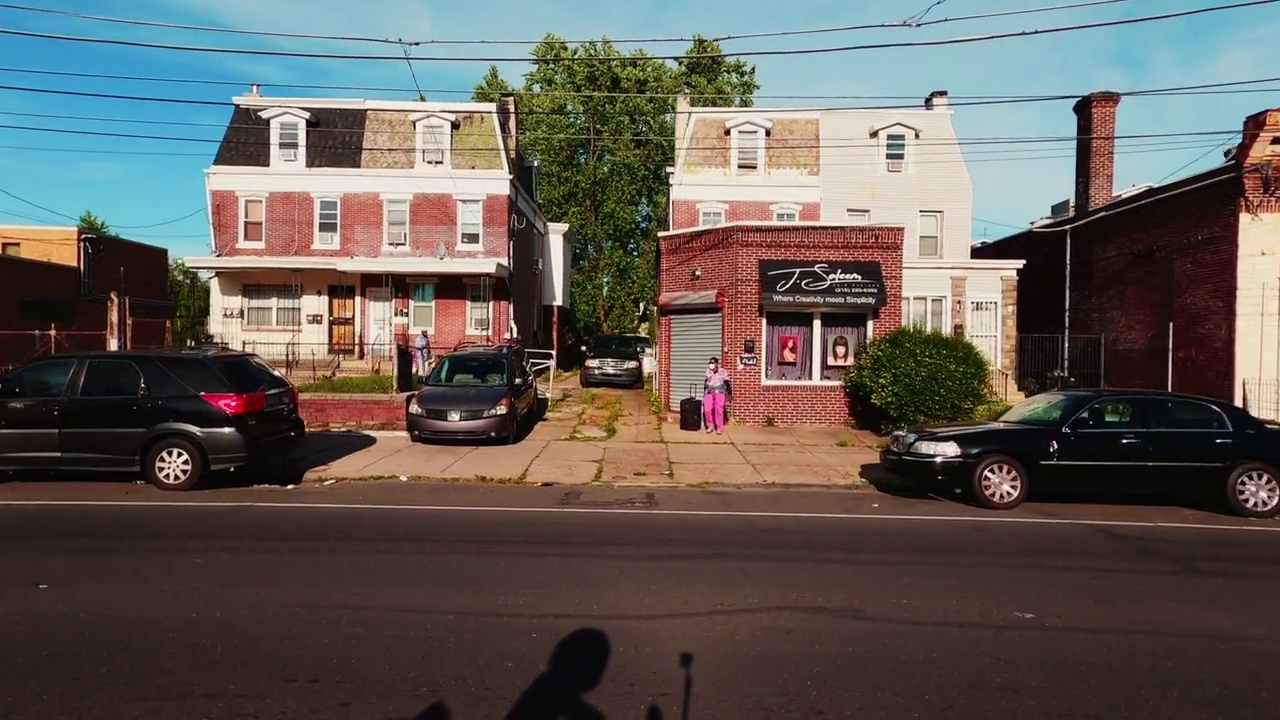 Query: a laundromat sign
This demonstrates CLIP recognizing text within the image. 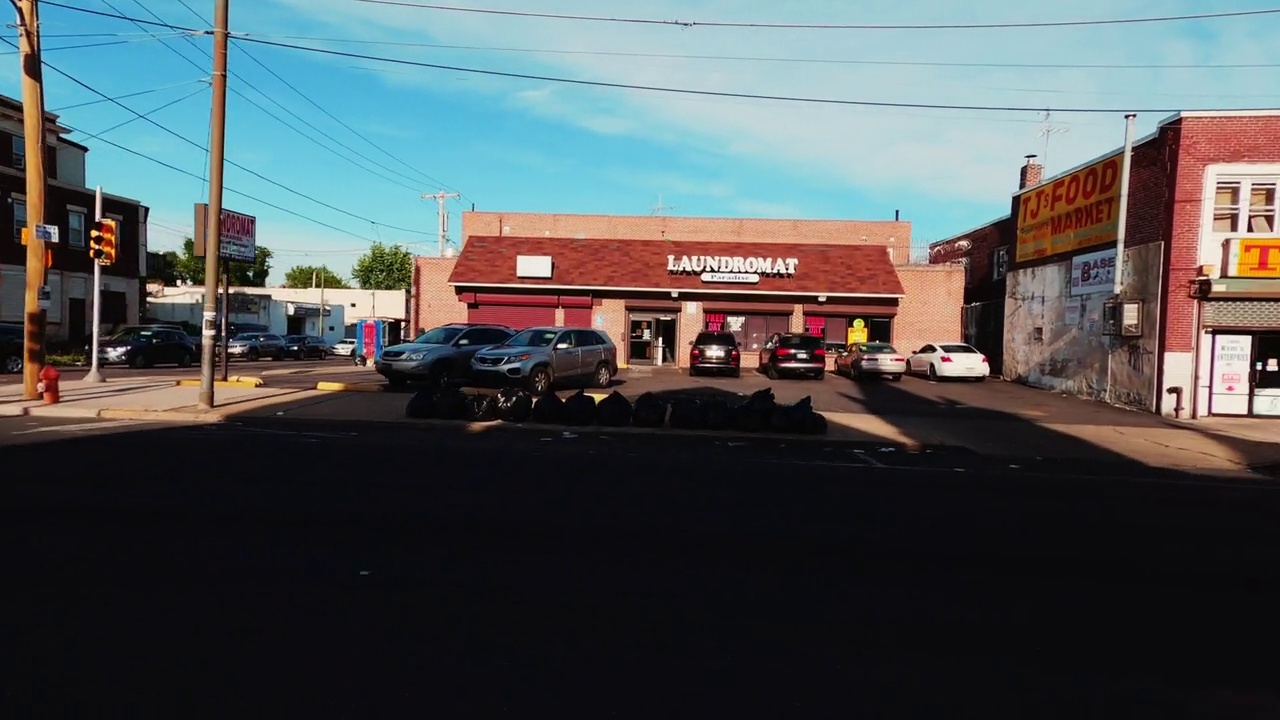 There are a lot more query examples in the notebook. Check it out.

The video used for this article can be found here,
Video by Kelly L from Pexels. If you appreciated this article, please consider making a donation to the videographer, Kelly L, given the provided link.

In addition, some inspiration for this article can be found in this code repo by johanmodin.